WHERE HAS ALL THE  WOOD GONE?

The following letter has been received from a reader and while normally we do not publish letters on the website it was felt that the content of this letter justified our publishing.

Recently the council have cut down some trees in the park to make room for the extension to the car park planned as part of the park improvements. The council kindly cut the trees to reasonable length, stacked them neatly in the park and told the Abernethy Environmental Association that they could use the wood to provide seats, huts for the children and develop the play area in the new development.

Then came the gale and a number of trees were blown down in the park. At that point it seems that some residents of Abernethy decided to help themselves to the wood as firewood.

I understand they believe that they were told by the Council or their contractors that they could do this but the Council deny that this is the case. Some locals did advise the people cutting the firewood that the wood had been left for the park improvements but it seems that this was ignored. The people involved, apparently, are part of the CAI community in Abernethy. Their website proudly proclaims "We believe and know that the Bible is the inspired Word of God and that Jesus Christ is the Way, the Truth and the Life." so despite their alleged response to those people who asked them to desist I am sure that this was nothing other than a genuine misunderstanding and that we can expect the CAI to donate a sizeable sum to the Abernethy Environmental Association to allow them to provide the support for the children which had been planned. After all we would not wish to see children deprived as a result of a selfish act even if it was in a mistaken belief that they are justified. 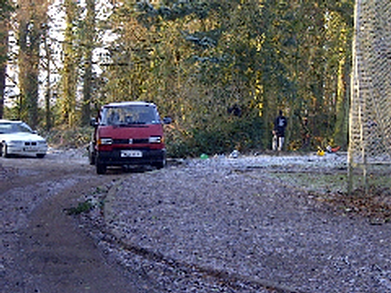 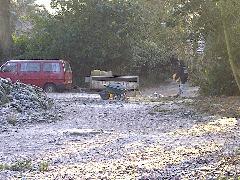